I showed off the completed picture of my Lanthian map to Twitter a couple days ago and got lots of fabulous feedback, so I thought it would be fun to post the progress of my work from start to finish. 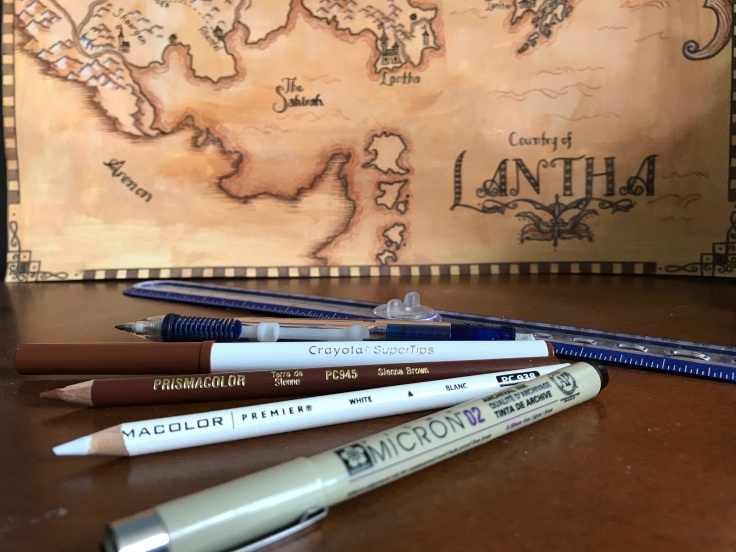 My paper is multi-media art paper, but it still curled up a little when I painted the surface (though I water down the paint pretty good). I pretty much swipe that light brown acrylic paint up and down and all around. Make it messy.

Next, I use my pencil to draw lots of squiggly lines that make up the sea-side border of Lantha. Don’t worry about mistakes; it still erases just fine! (Remember to leave some room on the borders)

Next, I draw in the major mountain ranges and some rivers.

More details. The world’s equator runs right through Lantha. It’s hot and humid, but green and nice to look at, though half the creatures of the jungle can kill you.

Then I start to outline with my son’s brown Crayola marker. You can use any kind of fine tip marker though. (PS: the photos keeps getting darker because the sun was setting and my kitchen lighting isn’t fantastic.)

Next day! It’s bright outside again! I drew in the major towns and cities using my nice pen. As you can see, they’re all mostly coastal. There are a few major roads for north to south travel and trade, but most travel is by sea. You can draw in roads if you like, but I don’t.

I use my marker to outline all the mountains, then use my colored pencil to shade in one side to give them some depth. Also threw in the border country names. I don’t draw trees on my map because it’s a tropical land. There are trees EVERYWHERE. But feel free to do that if you have regions that are more foresty than others. 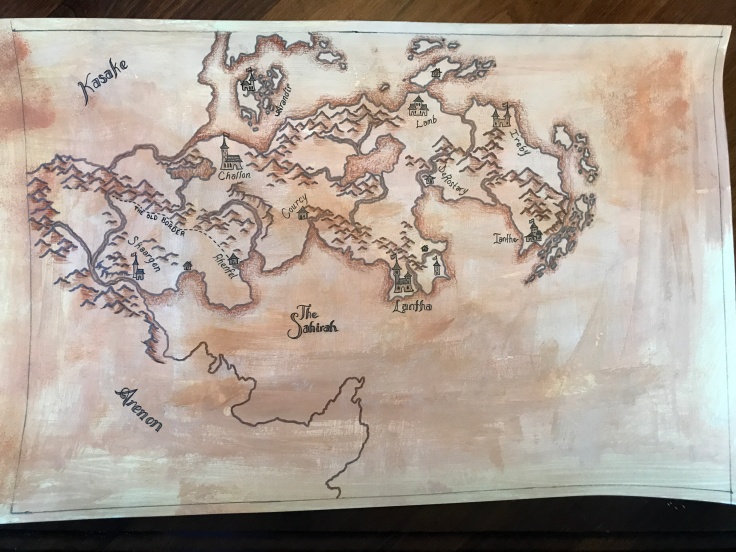 Marker and pencil make the bordering country lines thicker. Now the ruler comes into play, to keep the map border nice and straight. All the blocks are a 1/4″ inch across, so it worked out pretty nice.

Add fancy lettering. All drafted by pencil; marker and colored pencil are added after.

What’s a map without a compass on it?

I use my white pencil to add some pop to the other side of the mountains, then the brown pencil makes some nice squiggly waves lines for the water. 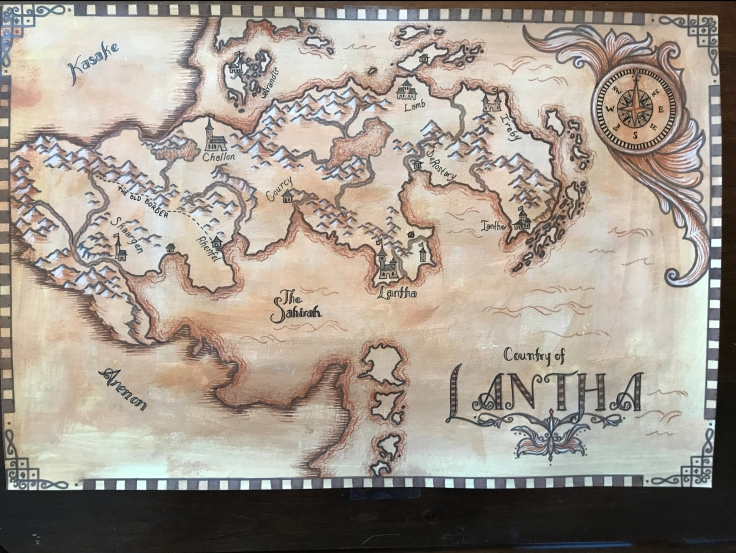 And that’s pretty much it! Go out and practice making your own awesome maps!

Or read the first chapter from Captain of Fortune, where the nefarious pirate Roanna LeRoux sails the waters of Lantha.