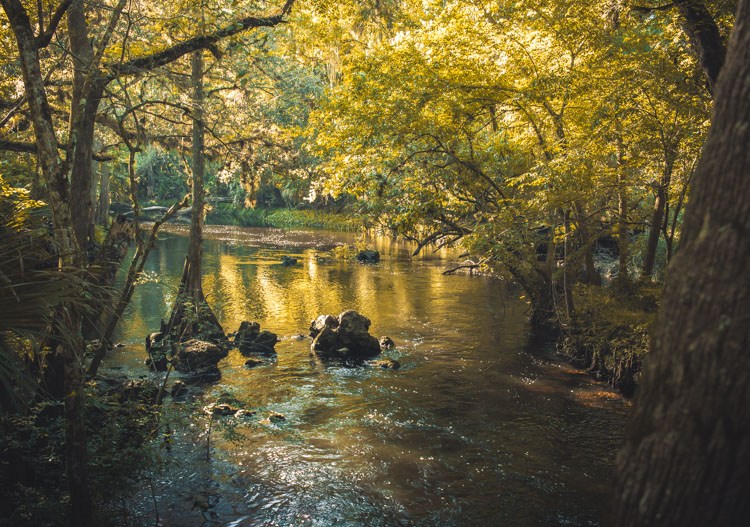 As evening fell, Tail listened to the people filling the street for the summer solstice festival. There were hoots and hollers as a friendly scuffle started, followed by cheering and laughter. This would go on for much of the night, even more so as those marked by Ashta got drunk.

Raian carefully eased his pack onto his shoulders. His tunic had a protective weather hood and long sleeves, which he rolled up to his elbows. He pulled the hems of his pants over his boots, and a small spot of blood soaked through his dressing and shirt where a stitch must have torn.

Each pack mostly had dried foods and skins of drinking water, but they also carried rope, matches, small cooking pots and cups, and other useful things. Tail hefted her pack onto her shoulders with a grunt. It would only get lighter, she reminded herself.

Squeezing one of her pack straps, she inhaled through her nose and held it before releasing her breath.

“We’ll be okay,” Raian said, his voice higher than usual. “With a little help from Ashta himself— hell, all the gods.”

“Dyata, too,” Tail suggested. “She was the keeper of shadows after all, and that’s what we need to be tonight.”

Raian shrugged. “Sure. But we’ll leave death and demons out of it.”

Leaving her lodge behind, Raian led the way. The village was bright with flickering lanterns; colorful streams of cloth waved in the breeze coming off the lake to the south. There was chatter, laughter, and merriment from every direction.

After slipping through the back yards of three lodges, Tail realized he wasn’t leading her to the gate, but Kentan’s lodge.

Raian stopped at the window of his father’s sleeping room on the ground floor and set his pack and bow down.

“What are you doing?” Tail whispered.

“Getting something,” he replied with a shrug, as if it was obvious. Then he worked his fingers between the shutters and opened them.

Wincing through her teeth, Tail set her pack down and followed him inside.

She found Raian staring at a longword leaning into one corner. It was of no particular beauty, Kentan’s heirloom, passed from general to general. It was blued steel like all Ashtian metalwork, as cold as its history. Raian took the sword and found the belt and scabbard.

He pressed a finger to his lips and whispered back. “Peace offering for the Shirana.”

“You said they’d accept you because of your grandmother.”

“Me, sure, but you…” He waved his hand in her direction, from head to foot. “They might not like you so much.”

Tail looked down at herself. Two hatchets adorned her legs, daggers hidden in her boots, on the back of her belt, one under her left arm.

“Here.” Raian offered the hilt to her.

“Right, they’ll like me more with another weapon on me.” She pushed the sword back.

He scoffed. “It’s the Sword of Ashta!”

“Leave the damn sword, Raian. I’m not stealing it.”

She rolled her eyes with all the emphasis she could muster, and pushed the sword into Raian. He fought against her with his good arm.

Tail gave him one last shove, almost knocking him into Kentan’s bed. “I’m not carrying the damn thing.”

“Fine.” She crossed her arms.

The floorboards above creaked under a heavy set of footsteps.

Tail ducked back toward the window as the footsteps moved directly above them.

Raian mouthed ‘Taro’ as he crept closer to Tail. They huddled down together as the ladder moaned outside the sleeping room. The footsteps paused.

Tail squatted into the corner, pulling Raian with her. They were barely hidden beside a set of shelves when the door slowly opened. She held her breath, could almost feel the shift in the floorboards as the footsteps came closer.

Whoever it was, Taro or Kentan, or even Anani, he turned around and the footsteps faded away.

Raian released his breath and his head fell to Tail’s shoulder.

She nudged his side, urging him to his feet for he was smashing her into the corner.

Giving her an apologetic look, big blue eyes, Raian got up, grabbed Kentan’s sword, and climbed through the window with it. Tail shook her head and followed. Her feet barely touched the ground when she noticed someone leaning against the wall.

Taro was shirtless, his body painted for the festival, streaks of red to resemble blood. Raian couldn’t get any words out, only stared stupidly at his older brother.

Tail touched the handle of her right hatchet, wondering if she’d actually draw it.

Taro frowned and shook his head at Raian. He waved a hand toward Raian and the sword, at Tail with her hatchets, at the packs below the window. “Because it’s my duty. I have to stop you!”

“Of course you do.” Raian stepped closer to his brother. “Because you’re the dutiful son, the obedient son. You never had to work as hard to impress him, you only had to obey his every word. You were always his favorite. The sheep.”

Tail was taken back by the snap in Raian’s voice. She drew up beside him, hands on her hips, so close to her hatchets.

Taro dropped his shoulders a little, giving Raian more ground. He looked hurt, because the words rang true. “Maybe you never noticed but…you were always Mother’s favorite, with your magic…and everything…. So, does that make you the wolf?”

“I will tell Dad,” Taro said, nodding once as he backed away. “Maybe in an hour, or in the morning, or whenever the mead wears off. But I’d rather see you by the hearth for breakfast, both of you.”

Relief washed over Tail when Taro’s gaze found her. When he was gone, she looked to Raian. Any sprout of hope that he had changed his mind died in the determination burning in his eyes. He grabbed his pack and slung it over his good shoulder and held his bow and Kentan’s sword under his arm.

“We don’t want to miss our chance,” he said.

The solstice festival had two main gathering areas: a ring of bonfires that lit the main street, and the beach to the left. When the street was clear, they dashed across the road and behind the lodge on the other side. Moving from one building to the next, they constantly checked around corners. As they got closer to the lake, the enthusiastic uproar surrounding the contest ground grew louder.

Raian peeked around a wall into the gap between the last two buildings. He pulled back quickly, chest heaving. He looked again and motioned for Tail to follow.

Glancing down the shadowy alley as she moved, Tail saw a couple wrapped in each other’s arms in a knot of caresses and kisses, a boy’s pants twisted around his ankles. At the corner of the last lodge, Raian crouched and observed.

Not far, Tail could see the stream leaving the lake to disappear through the sluice in the wall. There was good plant cover by the water, but nothing between them and their goal. The beach was crowded with people watching men and women wrestle in the sand. It wouldn’t be long before the tournament of strength began, which included hand fighting, swords and poles, and an archery contest.

Men would compete to impress the women, who laughed together atop a raised dais. Tail knew that, maybe in another life, she’d be up there with them. Drums echoed off the water and the cliffs around the village. Wild game was roasted over hot coals; aromas of onion, pepper, and cedar filled the night air.

To all the women who might choose their man that night, Tail wished them strong daughters.

The music, the fighting matches, and the laughter spluttered to silence and confusion, before everyone started running, half into the village, the other half down to the water.

Tail hated the idea of burning her lodge down, but now part of her wished she could watch it go up in flame. The smoke teased her nose, tried to draw her back. Raian had built the fire beneath the stairs, knowing the solid wood construction would take some time to catch, much less draw the attention of other Ashtians.

While the people were distracted and confused, trying to create order, Tail and Raian hurried into the shrubs by the wall.

She slipped her pack off her shoulders, unsheathed her hatchets, and pulled off her boots. She waded chest-deep into the stream and ducked under the wall. It had little more than a head’s length from the surface of the water. Raian passed a pack through the sluice, careful to keep it as dry as possible. Tail took it and placed it on the shore on the other side of the wall. They did this with everything they didn’t want wet. Then Raian passed under the sluice, trying to keep his wrapped arm dry.

Raian kept the lodestar on their right, trekking straight west.

“How’s the arm?” Tail asked after a while.

Raian produced a stick of willow bark and put it between his grinning teeth to chew on.

For the rest of the night and into the early morning, they walked. Clothes still sticking to their skin as the new sun rose, they hopped a narrow creek.

“So, the west,” Tail mused. “Your grandmother’s people.”

“Southwest, really. The ocean!” He threw a look over his shoulder. The word might as well be another language for all it meant to either of them. “You know she never taught me any Shirana cuss words? That’s the first thing I’m gonna do when I get there.”

Raian looked around at the mention of them, scanning the forest floor, the rocks, the canopy. “For now, we stay safe. We stay ahead of them. We don’t so much as think about magic! And if you see any suspicious crows or even a squirrel, shoot it right away.”

A glint of gold caught Tail’s eye from the creek. A fleck of shiny metal lodged upon the river pebbles, smaller than an Ashtian arrowhead. Before Tail could reach for it, the creek swelled and rolled the metal on.

Twenty paces away, they stepped around the strewn ash of an old campfire, probably another Ashtian hunting some days before.

They found subtle signs of passing further west, a cracked branch from a tree, a heel print in the dirt now and again, and a big pile of soft, wet manure Raian recognized as horse droppings. Ashtians didn’t own horses.

“Paloven?” Tail herself only saw a few of the animals when the Paloven came to New Ashta for trade.

“Looks like.” Raian bent down. “Its several days old, though I wonder what a Paloven was doing on our border. The traders from Barter town aren’t due for a moonspan. Tail, look.”

Seemingly in a line before them, the trees had horizontal slashes across the trunks.

“The boundary,” she said, her pulse quickening. No Ashtian, marked or not, was allowed to cross the line. As far as she knew, only Kentan and a handful of others had ventured beyond, many summers ago.

Raian stepped past the trees and glanced over his shoulder. “Funny,” he said, “the forest is the same over here.”

Tail raised an eyebrow, took a deep breath, and stepped past the line.

I HOPE YOU’VE ENJOYED THIS SNEAK PEEK INTO RAIAN’S WORLD. FOLLOW ME ON TWITTER FOR UPDATES AND MORE!